Shop our other brand

Back Story to Metabolic Maintenance

Ed Fitzjarrell is not the average poster boy for vitamins. He was raised in a working-class family in Dennison, Texas, about as far from the new age nutrition movement as you can get. He spent his teen years playing basketball and his early 20s tending bar. For the first 24 years of his life, he knew next to nothing about nutrition.

But then, in 1974, when he was 25, bartending and backpacking around Colorado after college, something happened. “My brother told me that I needed to come home,” Ed says. “Mom had been diagnosed with leukemia.” Ed’s mother, Susie, an outgoing, vivacious woman who always lit up a room when she walked in, had worked for years as a dental assistant, and it was believed that the daily unprotected exposure to x-rays were what had given her leukemia. The doctors said she had 10 months to live. 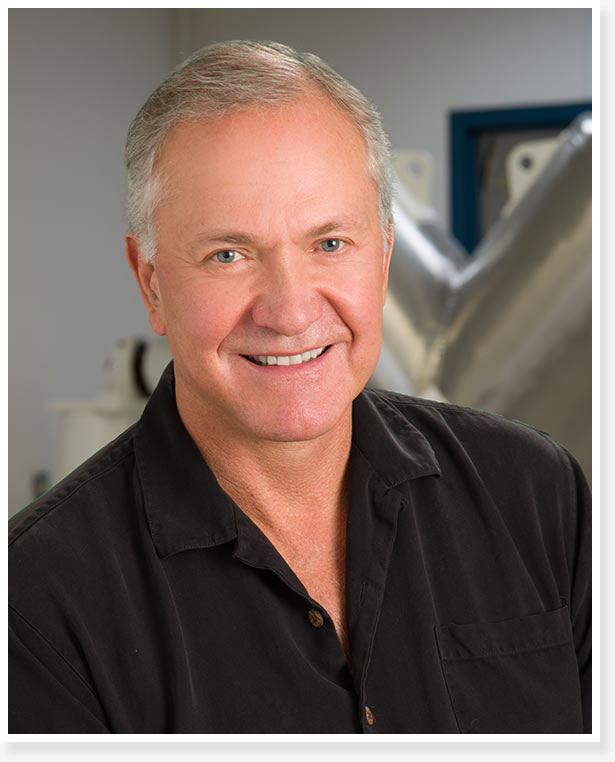 Ed returned to Austin, where Susie was living, and said, “Let’s see if we can keep you around a little longer.” He enrolled in nutrition courses at UT Austin, where he had earned his BA in psychology, and went to as many talks around town as he could find. He began studying under the tutelage of Jim Heffley, a biochemistry PhD and guru in applied nutrition. Ed was looking for any way possible to help his mom. “I learned that some of these nutrients in high doses had drug-like effects,” Ed says. “And a lot of people didn’t know about them.” Ed also discovered what would later become his passion: amino acids.

“Amino acids were totally outside the mainstream,” Ed says. “But they were the nutrients that had the most drug-like effects. They worked on energy, depression, sleep, neurotransmitters—all kinds of things.”

Ed convinced Susie to quit smoking and switch to a healthier diet, and started her on a host of supplements, including CoQ10, which she would take for the rest of her life. The 10 months the doctors had given Susie passed. Then a year. Then another year. Then another. After five years at home with Susie, Ed realized two things. “The first was that mom had no plans of going anywhere,” he says with a laugh. Susie lived for 38 years after her diagnosis, without chemo or radiation. “The second thing I realized was that I was 30 years old, and if I was going to do something with my life, I needed to go do it.” 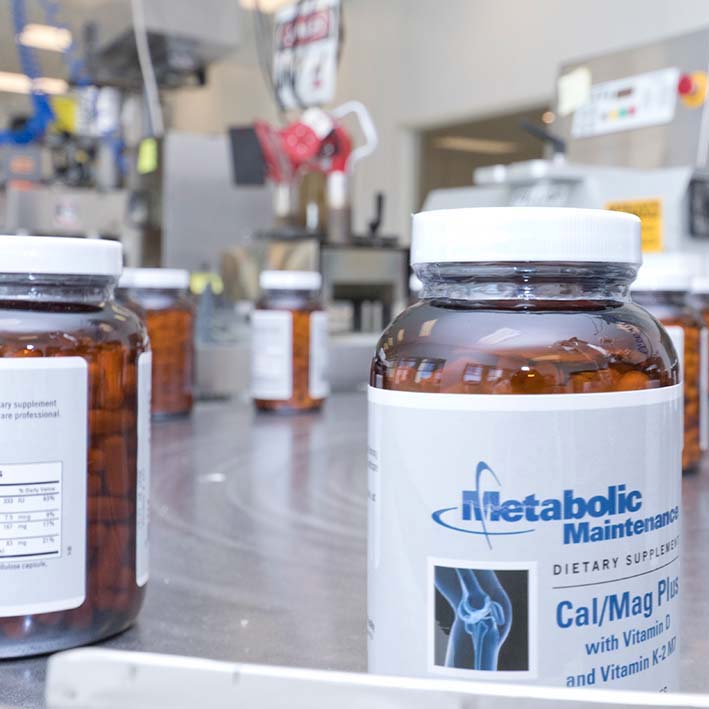 Susie agreed that it was time for Ed to move on, so he packed up his station wagon and moved to Davis, California to pursue a masters’ in nutrition.

While at UC Davis, needing work to pay his bills, Ed noticed a poorly-stocked display of Bronson Vitamins in the student store. “I called Bronson and asked if I could stock their shelves,” Ed remembers. “They said no thanks, but mentioned that they were looking for an in-house nutritionist.” Ed told them that he did not have his degree yet, but they asked him to come down to company headquarters for an interview. So Ed drove down to the offices outside Los Angeles, and was offered a job on the spot. In 1980, at the age of 31, he left school to work for Bronson. He started out as an assistant to the VP but was soon moved over to research and development, which was more in line with his interests. While at Bronson, Ed had the opportunity to work with Linus Pauling, the two-time Nobel Laureate and early champion of vitamin C. Ed organized fundraisers for Pauling’s research, and visited with Pauling at his institute outside Palo Alto.

Once Ed felt comfortable in his role, he started to feel the itch of amino acids again. “I was doing some research at UCLA for Bronson,” Ed says. “And I saw that more studies were being done on amino acids than on vitamins.” At the time, there were still only two companies offering amino acid supplements, despite the myriad of potential health benefits suggested by the research.

Knowing he had the research to back up some of his early ideas, Ed hurried back to his bosses to share his exciting news. But they were not excited. “They told me the bump in research was a fad,” Ed says. “It wasn’t going to last.” For a full year, Ed tried different approaches to persuade the higher-ups, but instead he learned an important lesson. “The big boys won’t try something new until it’s been proven on the market, no matter how much research there is to support it.” 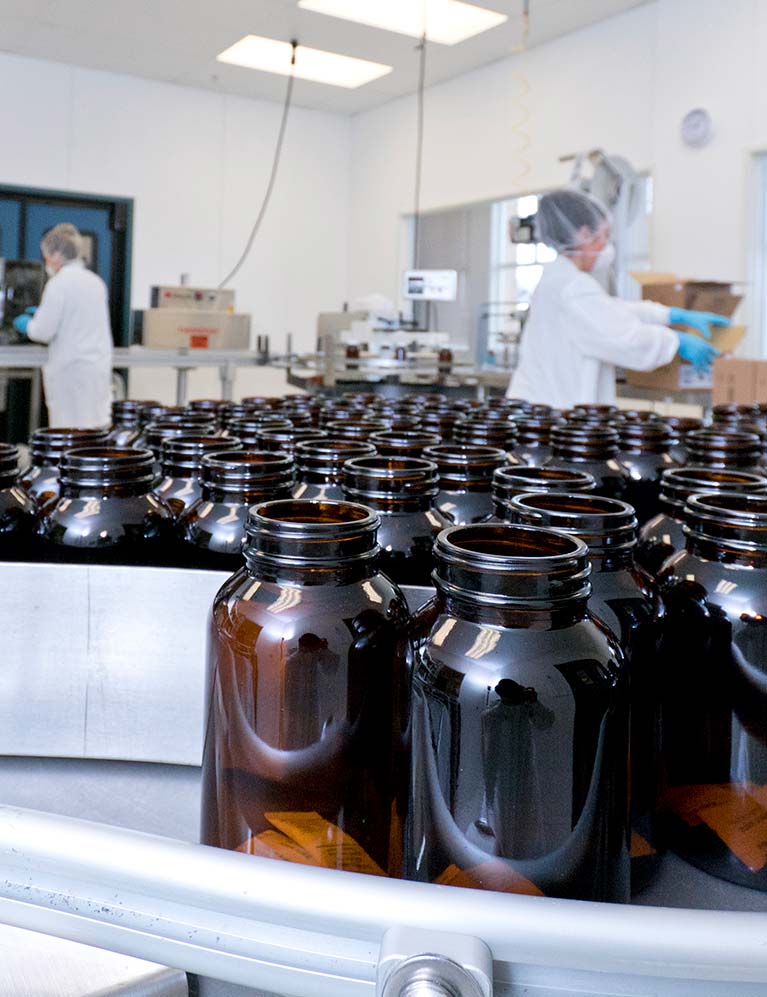 A Company is Created

Remembering what brought him to nutrition in the first place—his passion for underutilized nutrients with powerful metabolic effects—Ed decided to make a change. In 1984, he started his own company, with the goal of combining a passion for innovation with his ambition to bring additive-free supplements to patients. He founded the company on March 15, Susie’s birthday. After briefly calling it Ultra Amino (“nobody knew what Amino meant”), Ed changed the company name to Metabolic Maintenance, hired one part-time employee, and began running the operation out of Southern California, doing the blending, encapsulating, bottling, and labeling himself.

Ed slowly built Metabolic into a $1 million company, and in the early ‘90s, had his first opportunity to inspire institutional change. “Jim Heffley called me out of the blue and said we have a problem,” Ed says of his old mentor. “The Texas Department of Health was pulling CoQ10 off the shelves.” At the time, CoQ10 was being used by thousands of Americans (including Susie, who had been taking the supplement for 17 years) for everything from congestive heart failure to cancer treatment. “We knew that if it was banned in Texas, that was just the start,” Ed says.

Ed flew to Austin and partnered with Jim Heffley, Whole Foods, and a team of local doctors to fight for CoQ10. Since the Department of Health would not return their calls, Ed and Jim’s coalition worked political back channels, through which they learned that the governor of Texas, Ann Richards, was taking CoQ10, and might not be pleased to hear of its impending ban. The move worked. The coalition soon reached an agreement with the Texas Department of Health to keep CoQ10 available.

A Trailblazer in the Industry

In 1994, Ed moved Metabolic to Sisters, in the High Cascades of Central Oregon. In the 23 years since the move, Metabolic Maintenance has become an integral member of the community, employing 48 people at their Larch Street facility, blending, encapsulating, and shipping all products in-house.

Today, Metabolic is the oldest family-owned company on the Health Care Practitioner Channel, and has become an industry leader in additive-free supplements, amino acids, and pioneering new approaches to nutrition. “The reason that little guys like us matter is that we look at the research and listen to what doctors need instead of just analyzing the sales numbers,” Ed says. “We listen to our network of doctors and pair that with the newest raw material nutrients.”

It is through this approach that Metabolic has become a trailblazer not only in producing additive-free supplements, introducing new products like Glycine Sticks, and championing underutilized amino acids, but also in offering high-dose nutrients over-the-counter, including methylfolate and vitamin D3.

When Ed is not steering the ship at Metabolic, he plays guitar and sings in his band, The Mixed Nuts. In addition to his passion for nutritional innovation, he fosters musical talent through stipends to emerging artists and donations to local music venues, as well as by organizing events like the Sisters Folk Festival. He splits his time between Sisters and San Diego.
Fast & Reliable Shipping inside the US.
Secure Checkout Simple, worry-free payments.
Superior Quality Made from the purest ingredients.