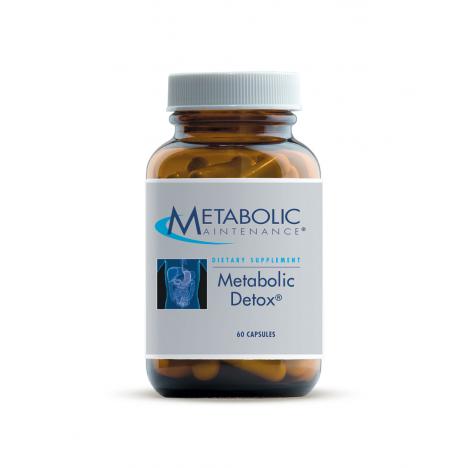 Our Metabolic Detox® capsules combine the active ingredient silymarin (isolated from the classic liver-supporting botanical, milk thistle), as well as naturally occurring thiol antioxidants, N-acetyl-cysteine (NAC) and alpha lipoic acid (ALA). Silymarin expresses membrane-stabilizing and antioxidant activities, promotes regeneration of the liver, reduces inflammatory reactions, and inhibits fibrogenesis. NAC inhibits hepatocyte apoptosis and oxidative stress pathways and is a precursor for (and regulator of) glutathione synthesis. ALA is an amphipathic, metabolic antioxidant and detoxification agent, and decreases lipogenesis in the liver.*

Our Metabolic Detox® capsules combine the active ingredient silymarin (isolated from the classic liver-supporting botanical, milk thistle) with other naturally occurring thiol antioxidants, N-acetyl-cysteine (NAC) and alpha lipoic acid (ALA). Silymarin expresses membrane-stabilizing and antioxidant activities, promotes regeneration of the liver, reduces inflammatory reactions, and inhibits fibrogenesis. NAC inhibits hepatocyte apoptosis and oxidative stress pathways and is a precursor for (and regulator of) glutathione synthesis. ALA is an amphipathic, metabolic antioxidant and detoxification agent, and decreases lipogenesis in the liver.

What is Metabolic Detox®?

Metabolic Detox® capsules are formulated to support Phase I detoxification (chemically transforming lipid-soluble compounds into water-soluble compounds in preparation for detoxification) and Phase II detoxification (modifying Phase I products to increase their solubility and reduce their toxicity) while also offering protection from oxidative damage. This product combines the active ingredient silymarin (from the classic liver botanical milk thistle) with powerful antioxidants N-acetyl-cysteine (NAC) and alpha lipoic acid (ALA).

How does Metabolic Detox® Work?

Silymarin is an extract of milk thistle (Silybum marianum), the most common supplement taken to support healthy liver function [1]. Silymarin expresses membrane-stabilizing and antioxidant activities, promotes hepatocyte regeneration (growth of new liver cells), reduces inflammatory reactions, and inhibits fibrogenesis [1]. There is evidence to suggest that silymarin extract may also reduce the toxic effects of other drugs [1].

Apoptosis, or death of hepatocytes (liver cells), has emerged as a fundamental component of virtually all acute and chronic liver diseases [2]. Silymarin supports cell survival by interfering with cell cycle regulators and proteins involved in apoptosis [1]. Antioxidants might also aid in the prevention of hepatic failure by interfering with the deadly cascade [2]. Alpha lipoic acid (ALA) and N-acetyl-cysteine (NAC) are both naturally occurring thiol antioxidants with diverse biological roles.

ALA has been described as a potent biological antioxidant and detoxification agent, it has been used to improve age-associated cardiovascular, cognitive, and neuromuscular deficits, and may modulate inflammation [3]. ALA also decreases the storage of fat in the liver [4]. ALA is an amphipathic molecule meaning its antioxidant effects can take place both in hydrophilic (water-based) and lipophilic (oil/fat-based) environments [5]. Dietary supplementation with ALA has been associated with positive effects in a variety of model conditions associated with an imbalance of redox status, including hepatic disorders [5].

N-acetyl-cysteine (NAC) consistently inhibits apoptosis and interferes with oxidative stress pathways induced by a variety of stimuli [2]. NAC is also a precursor for glutathione synthesis and plays a role in its regulation. Glutathione, the body’s “master antioxidant,'' is essential for a healthy liver for a variety of reasons. Among other roles, glutathione scavenges free radicals and other reactive oxygen species; it reacts with various electrophiles, physiological metabolites (e.g., estrogen, melanins, prostaglandins, and leukotrienes), and xenobiotics (e.g., bromobenzene and acetaminophen) to form mercapturates; it regulates cellular lipid, glucose, and amino acid utilization; and aids in the removal of toxins like formaldehyde from cells [6]. Silymarin is also known to increase hepatic glutathione and may also contribute to the antioxidant defense of the liver [7].

What are the Suggested Uses for Metabolic Detox®?

Allergens: According to information provided by our suppliers, these capsules are free of the eight major allergens as identified by the Food Allergen Labeling and Consumer Protection Act of 2004 (FALCPA): Wheat (gluten), eggs, milk, soybeans, fish, shellfish, peanuts, tree nuts. 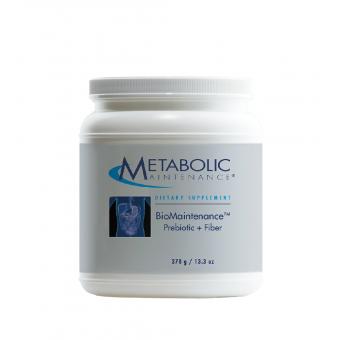